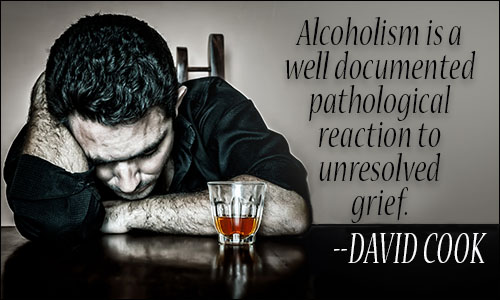 The more bizarre and nasty my ex partner’s behaviour towards me became, the more exasperated and anxious I became. There would be weeks at a time where he would refuse to meet up with me, yet would still demand I transfer him money and pay for his takeaways. I felt myself growing mentally weaker by the day, as although I knew he was playing mind games with me, I was so insecure and confused that I kept giving into his demands, somehow hoping that this would encourage him to “forgive” me for whatever it was he was accusing me of doing/not doing that day. I hated spending the nights alone with my own thoughts, so I would meet with friends for drinks a few night of the week (Usually with me not lining my stomach properly with food beforehand). I was still able to function work- wise, and to the outside world, probably looked as though I was having the time of my life- Nightclubs and champagne, shots and parties with friends and (sometimes) celebrities. However, despite all this, and as ungrateful as it may sound, deep down all I really wanted was to have a “normal” relationship and a (reasonably) “normal” life.

I met with my abuser a few times over the next month or so- All on his terms, in his usual town of residence. Each time I would feel a mixture of nerves, excitement and fear in the lead up, as the guy was just so unpredictable, and had recently been in trouble with the law on more than one occasion (With myself being guilt tripped into paying his court fines). Things really came to a head,-and in hindsight, I am very grateful that they did- in December 2014. I had been on a steady “level” of drinking alcohol roughly every other night, either with friends or alone. Equally a blessing and a curse of being self employed is the knowledge of having the freedom to work the hours you want, on the days you want- I wouldn’t say I was lazy during this period, but I had definitely lost a lot of interest in life, and whilst I was aware that my body was exhausted and the drink wasn’t helping my depression or sleep disturbance, I continued to reach for the bottle in an attempt to block out my problems.

From the beginning of December onwards, my ex ceased pretty much all verbal/physical contact with me- I guess because he knew Christmas was the time of year where I would be even more desperate to try and make things work. He only communicated via text or email, and even then it was to ask me to transfer him money and/or order him food/material goods. As ridiculous as I know it sounds, I would comply because I felt it was the only way to hold his attention, and cling on to any strand of hope that one day things would be better between us. I honestly felt so worthless and angry that I began reach for the bottle earlier and earlier in the afternoon to the point where I was sleeping until early evening, then getting out of bed and drinking again until I passed out and began the process again. My parents wouldn’t allow me to spend the festive period with them, because I was allegedly depressing and not “myself”, which I completely understand now- however at the time I was very angry and hurt, to the point where I just gave up the majority of hope and effort, and succumbed to my vicious downward spiral. This continued right up until Christmas itself, until on Boxing Day morning I felt my body begin to shut down. I was vomiting every few minutes and shaking to the point my teeth were chattering and I was sweating even though I felt freezing cold. I was having panic attacks and could barely breathe- I had a horrible realisation that I could actually have poisoned myself throughout this disgusting binge, and in panic I called my local A&E, who sent a less than impressed nurse- She moaned from the minute she arrived in my house that someone’s child could be dying, whilst she was “wasting her time” on me, even though as she took my blood pressure I was trembling and vomiting. I begged her and the doctor to take me to the hospital, but they refused and thew more insults at me. They left and I had no choice but to try and sleep a few hours, with no success.

My condition didn’t improve, even though I was drinking water and attempting to “keep down” food. I was panicking to the point I was trembling and couldn’t stop. In a last effort I dialed A&E again and cried my eye out, begging them to take me to the hospital, as I was in no state to walk there or catch a taxi myself. This time I was lucky enough to be visited by two lovely doctors, who took me to the ward and gave me a big bottle of water. On the way in, I saw the rude nurse from earlier in the day- She pulled a face at me, and sighed to the doctor whilst muttering some comment about “time wasting”. I guess to her I just looked like another alcoholic, but I desperately wanted help- Anything at all to help pull me out of that awful cycle. I was vomiting in the waiting room, where they proceeded to roll their eyes at me for 3 hours and behave as though I were a liability, as opposed to a sick patient. When I eventually was seen, the nurse was incredibly patronising and dismissive. She took my blood pressure etc and told me everything was fine, but that they would put me on a drip filled with vitamins (I can’t remember how long for, but it was a while). I was actually really pleased with this, and almost enjoyed the sensation of knowing that the bad toxins inside me were being overtaken by lovely fresh vitamins and minerals! They sent me home later that evening with some leaflets about alcoholism and just a disdainful attitude, as I had been dealt all afternoon.

Note: I am in no doubt that I haven’t portrayed myself in the most favourable of lights throughout this piece, and I won’t hold it against anyone if they view me as being a mentally unstable alcoholic, attempting to blame my ex partner for my problems in life- I guess to some extent, this could be considered the case, however anyone who has read my full domestic abuse saga will understand in much greater detail, the extent of the severe psychological and emotional abuse I was subjected to. (If you have read it all then I salute ya- That shit ain’t quick to plough through!). I am incredibly grateful to Medway hospital and all their staff for even agreeing to send an ambulance to see me at such a hectic time of the year, let alone allow me the privilege of a vitamin drip for such selfishly inflicted harm that I imposed upon myself. I am not searching for sympathy, and in part 3 (Yes, another chapter of repetitive ramblings) it will become apparent as to how amazingly I have worked to change every aspect of my life for the better!

Any cookies that may not be particularly necessary for the website to function and is used specifically to collect user personal data via analytics, ads, other embedded contents are termed as non-necessary cookies. It is mandatory to procure user consent prior to running these cookies on your website.